How to Support Your Pet During & After Antibiotics 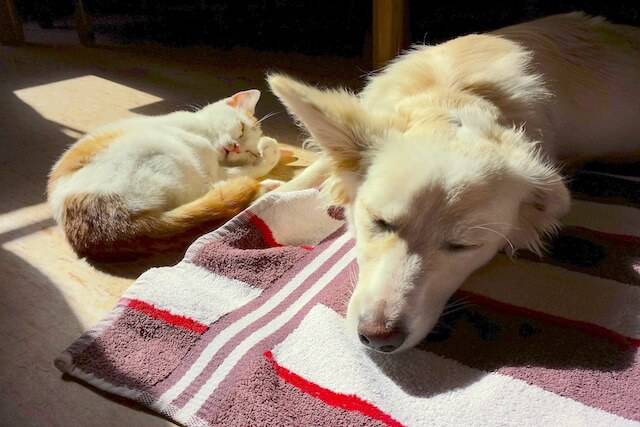 Though they can come with negative side effects (like diarrhea), antibiotics can be a crucial tool for helping your pet fight off dangerous infections. Fortunately, there are ways that you can support your cat or dog, during and after antibiotic treatment, to help them and move towards improved health. We’ve gathered a few important tips that any pet parent can use to help support their furbaby.

How Do Antibiotics Affect Your Pet's Gut?

The bacteria and other microbes in your pet’s digestive tract (gut) are referred to as its gut microbiome. When an infection is present in or on your pet your veterinarian (DVM) may prescribe an antibiotic to help fight off the infection.

Unfortunately, oral antibiotics cannot differentiate between the “bad” bacteria that may be causing a bacterial infection and the “good” bacteria that support your pet’s health, so it wipes out both beneficial and harmful bacteria.

For some cats and dogs, this may cause an ongoing imbalance in their gut that down the line could contribute to health conditions like chronic diarrhea, vomiting or constipation. 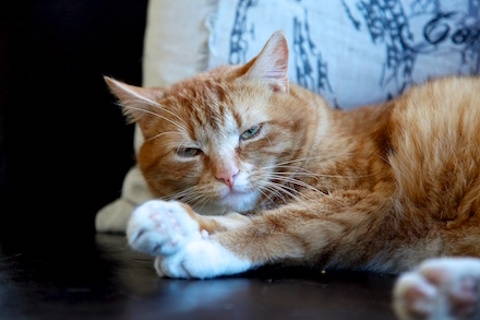 Saccharomyces boulardii, or S boulardii for short, is a special probiotic that is unlike most other probiotics, because it is a strain of yeast, not bacteria.

Antibiotics will kill many bacterial probiotics because the antibiotics cannot distinguish between helpful and harmful bacteria. But since S boulardii is a yeast, it is unaffected by antibiotics. In fact, studies have shown that when giving S boulardii along with an antibiotic, pets are much less likely to develop diarrhea during or after the course of antibiotics. We know that antibiotics may cause digestive symptoms in up to 25 percent of patients who use them, and S boulardii has been shown to greatly decrease the risk of these symptoms occurring in your pet.

In one study that aimed to further our understanding of precisely how S boulardii works in the presence of antibiotics, healthy dogs were given very high doses of antibiotics for several days. Under ordinary circumstances, this dose of antibiotic will typically lead to diarrhea. And 75 percent of the dogs that received only the antibiotic did develop diarrhea, lasting an average of 7 days. But a subset of these dogs were given a dose of S boulardii along with their antibiotic, and 100 percent of those dogs remained diarrhea-free throughout the trial.

Our S. boulardii + FOS Powder for cats and dogs are probiotic plus prebiotic supplements designed to support healthy gut function and reduce diarrhea, including flare-ups of diarrhea during antibiotic treatment. "FOS" stands for Fructooligosaccharides, which are tiny, soluble fibers that are the preferred food of beneficial microbes like the ones in your pet's gut. Studies in both cats and dogs have shown that adding FOS to the diet improves gut health.

In many pets, antibiotics can cause lethargy, nausea and/or a loss of appetite, which may make your pet less interested in eating their food. But it is crucial that your pet continues to eat, because their body needs the energy to continue fighting infection and repairing damaged cells. If your pet refuses their food, don’t force them to eat: wait a few hours and offer the food again. If they continue to refuse, consider adding something to the food to make it more palatable. A low-sodium beef, chicken, or bone broth is often helpful.

In addition, warming the food to bring out the aroma often makes it more palatable to cats and dogs, who rely much more on their sense of smell than their sense of taste when it comes to deciding what is tasty and what is not.

Now let’s cover how to help your pet after antibiotic treatment. 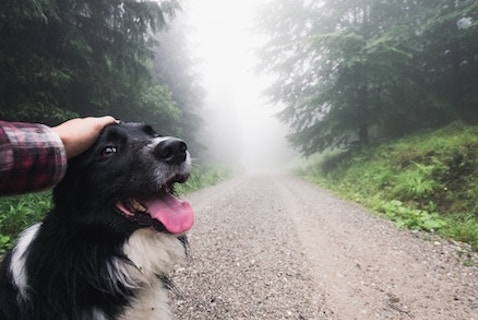 Antibiotics are not picky when deciding which bacteria to eliminate: they may wipe out bacterial pathogens, but along with it, your pet might lose lots of beneficial bacteria in their gut that aid in fighting inflammation, reducing cancer risk, and support a healthy weight. A prebiotic supplement like, FOS (fructooligosaccharides), psyllium husk powder, or inulin serves as a valuable food source to help support the growth of these beneficial bacteria.

The same antibiotic can affect individual pets in very different ways. Getting a picture of the proportions and exactly which bacteria are present in your pet’s gut (post-antibiotics) can offer more information on how to specifically support your pet’s unique gut, based on which bacteria are present now. AnimalBiome offers Gut Health Test kits for cats and dogs. Our improved test report provides personalized dietary, lifestyle, and pet supplement recommendations based on the bacteria in your pet's microbiome. It's a useful tool to help guide your pet's everyday digestive health. Learn more about the testing science here.

We know that diet, medications, and environment can influence the microbiome. When a pet’s microbiome is imbalanced, symptoms may include diarrhea or constipation, vomiting, skin conditions, and even chronic conditions like inflammatory bowel disease (IBD). Learn more about how AnimalBiome’s Gut Health Test and Gut Restore Supplement work together to help restore pet gut health.

Figure out what is really going on with your cat's gut.

Relieve your cat or dog's diarrhea right away and improve digestive health.