How to Lower Your Dog's Risk for Inflammation 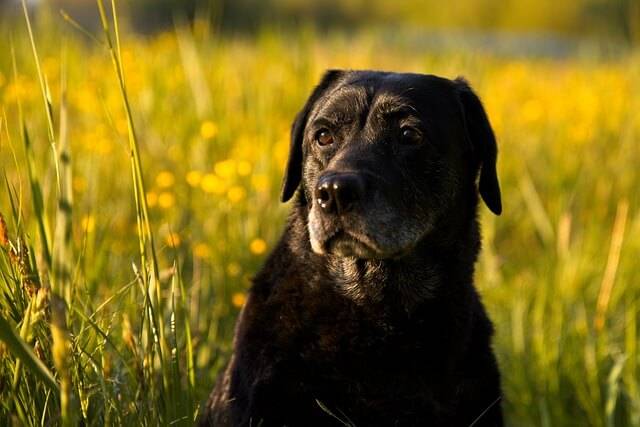 If your dog suffers from chronic inflammation, the reason could be an immune response gone wrong. When, instead of correctly fighting off harmful invaders, the immune system reacts to the body’s own cells or to something in the dog's diet, the result can be chronic inflammation, which can wreak havoc with your dog’s digestive system.

Inflammation is one way a healthy immune system helps the body heal injuries and fight off foreign invaders, such as bacteria and viruses. When cell damage or a pathogen is detected, the immune system increases blood flow to the area, sending white blood cells and extra fluid to the surrounding tissues. The resulting inflammation—with its physical symptoms of redness, swelling, and heat—stimulates tissue repair and protects against infection.

But when the immune system reacts abnormally, treating the body’s own cells or an element of the diet as a foreign invader, inflammation can become chronic. Chronic inflammation in your dog’s digestive system can disrupt the gut’s normal functions, causing vomiting, diarrhea, reduced appetite, weight loss, and nutrient deficiencies.

How is the Gut Microbiome Involved in Inflammation? 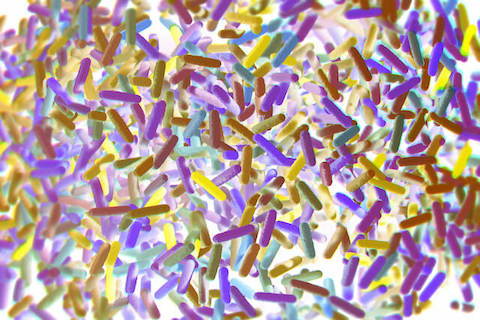 3D illustration of microbes in the gut microbiome

Genetics, metabolic diseases, parasites, food allergies, environmental stress, and bacterial overgrowth are all potential causes of chronic inflammation. But when the digestive system is affected, it makes sense to look closely at both diet and the gut microbiome. The gut microbiome is the collection of bacteria, yeasts, and other single-celled organisms that live in the digestive tract, helping to digest your dog’s food and extract the nutrients.

In both animals and humans, the gut microbiome also plays a vital role in the development of a healthy immune system, and diet influences which types of bacteria inhabit the digestive tract. Some of these bacteria actually stimulate inflammation in order to fight harmful invader organisms. Other gut bacteria reduce inflammation. Faecalibacterium, for example, has been shown to have an anti-inflammatory function in humans. In dogs, deficiencies in Faecalibacterium have been associated with inflammatory bowel disease (IBD).

In addition to a rich microbial community, a healthy digestive tract has a mucus barrier that only certain substances can pass through. But when the gut’s defenses malfunction, this barrier becomes “leaky,” allowing pathogens and antigens (molecules that stimulate the immune system) to be absorbed into the lining of the intestines. The antigens trigger an immune system response, and the resulting inflammation irritates the intestinal wall, making it even less able to keep toxins out and leading to further inflammation.

The gut’s normal defenses can break down for many reasons but there is an especially clear connection between chronic inflammation and antibiotic medications, which can cause drastic imbalances in the microbiome by killing off beneficial bacteria along with harmful ones. If your dog needs to take antibiotics, consider tracking their gut health and taking steps to increase their gut bacteria diversity. Learn the benefits of at-home microbiome testing for your dog.

How Can Diet Lead to Inflammation in Your Dog? 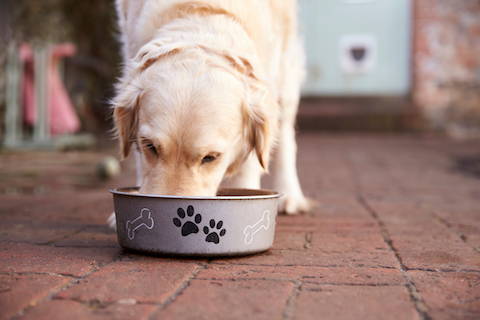 The canine and human gut microbiomes have been shown to have significant similarities, so a lot of what we know about the connection between diet and chronic inflammation in humans also applies to dogs.

In humans, diets that are high in saturated fat, trans fats, sugar, and/or refined carbohydrates have been shown to lead to an increase in inflammatory symptoms. High-calorie diets also directly stimulate inflammation because fat tissue is rich in immune cells. Many studies have demonstrated that more fat tissue results in more chronic inflammation.

In both dogs and humans, the ratio of proteins and carbohydrates in the diet has a significant influence on the balance of gut microbes and therefore also on levels of fat tissue. In one study, dogs who were fed a high-protein, low-carbohydrate diet not only had better digestive health than dogs on a low-protein, high-carbohydrate diet, they also showed beneficial changes in the levels of bacteria that regulate fat absorption.

Though a high-fat diet promotes increases in both body weight and inflammation, the role of polyunsaturated fats, such as omega-3 and omega-6 fatty acids, is more complicated. Many studies have shown that a high ratio of omega-3 to omega-6 fatty acids can lead to a reduction in inflammation. As a result of these studies, pet owners are often advised to feed a diet that is higher in omega-3 and lower in omega-6.

Food allergies and intolerances are another connection between diet and inflammation. If your dog has the symptoms of inflammatory bowel disease (IBD), your veterinarian’s first step will likely be to determine whether any food sensitivities are involved. Your dog may be reacting to a particular source of either protein or carbohydrates or to one or more of the many additives and preservatives found in most pet foods.

In both dogs and humans, food allergies or sensitivities can result from an imbalance in the gut microbiome. Low levels of Coprococcus and Oscillospira bacteria in the gut, for example, are observed in individuals with food allergies, whereas the presence of Clostridiales in the intestinal tract makes the host organism less vulnerable to developing food allergies.

How Can You Lower Your Dog's Risk for Inflammation?