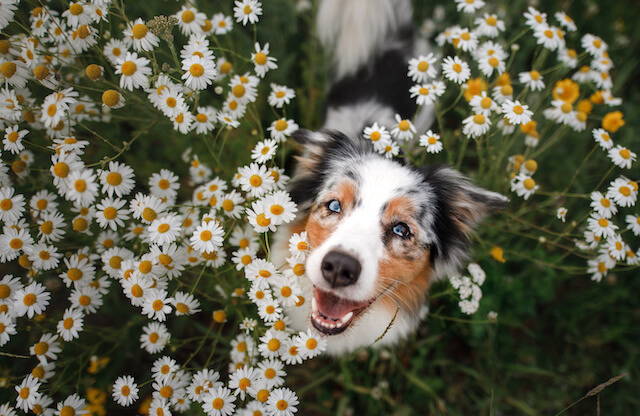 You’ve heard plenty about probiotics (like the Lactobacillus acidophilus bacteria in yogurt). You probably even know about prebiotics (the little fibers that microbes eat, like the inulin found in Jerusalem artichokes). But what exactly are postbiotics? When microorganisms (like beneficial gut bacteria) digest the substances they use as fuel (prebiotics), they produce all sorts of chemical compounds. And when those compounds themselves have health-promoting properties, they’re called postbiotics.

Probiotics, prebiotics, and postbiotics keep your dog healthy in so many ways we’re still learning about. One especially exciting discovery is that postbiotics may be the true superpower in fermented foods.

What Exactly Are Postbiotics?

It’s a relatively new term that’s been popping up a lot lately, both in new commercial products and in the scientific literature, but “postbiotics” wasn’t an officially defined concept until very recently. In 2019, the International Scientific Association for Probiotics and Prebiotics (ISAPP) convened a panel to establish a definition and to review the existing evidence of postbiotics’ beneficial health effects.

According to the ISAPP panel’s consensus statement, published earlier this year, postbiotics are inanimate microorganisms or components of microorganisms that confer a health benefit on their host. In other words, unlike probiotics, postbiotics are not alive. They may be chemical compounds or dead microbial cells or parts of cells. They are safe. And they contribute to observed health benefits that have been confirmed through clinical trials.

The exciting part is that we’re learning a lot about exactly how postbiotics promote health—in people and in pets. Here are just a few things that postbiotics do:

What we’re learning now about postbiotics and their role in the healthy functions of humans and animals is a direct result of scientists’ growing understanding of the gut microbiome. Here’s how we got from probiotics to prebiotics to postbiotics.

When scientists began studying the gut microbiome, they learned that certain kinds of bacteria are really important for our overall health: this is where the term probiotic (meaning “promoting life”) comes from.

Probiotics are live microorganisms that have health benefits when consumed in the right quantity. Humans have been deliberately consuming probiotic organisms at least since the invention of cheese, more than 7,000 years ago. So lactic acid bacteria (a large family called Lactobacillaceae), used to ferment milk, were probably the first probiotics that humans harnessed for their beneficial properties.

By the first decade of the 20th century, scientists were proposing that probiotic bacteria could be used to change the microbial composition of the gut and thereby improve the health of the digestive system. Since then, numerous clinical studies in humans and in all kinds of animals have shown that the consumption of both natural probiotics (like those found in fermented foods) and dietary supplements containing probiotics is associated with significant improvements in many health conditions known to be related to the gut microbiome.

As scientific knowledge about probiotics grew, researchers realized that beneficial bacteria survive and function better if they are fed the right foods. This is where the term prebiotics comes from.

The most common prebiotics are plant-based fibers and “resistant starches,” like inulin, mannan-oligosaccharides (MOS), and fructo-oligosaccharides (FOS). These little soluble fibers are ideal forms of fuel for the beneficial bacteria that live in your gut—and also in your dog’s gut.

When bacteria and other microorganisms digest prebiotics, they release a wide variety of compounds that also have important beneficial functions in the body. These compounds are often called metabolites because they are products of metabolism—in this case, the microorganisms’ digestion of their food. Since they come “after” the digestion of prebiotics, these compounds are called postbiotics. They include a variety of peptides, enzymes, amino acids, vitamins, neurotransmitters, cell wall components, and many other molecules that the body needs.

Researchers are discovering that postbiotics promote health in a huge number of different ways. Postbiotics are especially important for fueling the processes performed by the cells lining the colon, including immune cells. (About 70%–80% of the body’s immune cells live in the gut.)

In fact, it turns out that those benefits of probiotics that we knew about hundreds of years ago were not actually related to the bacteria themselves, but to the compounds they create—the postbiotics. So a big reason foods like yogurt, kefir, sauerkraut, and miso are so good for you (and, in small amounts, for your dog too) is that, through the fermentation process, the live bacteria in those foods produce nutrients and other compounds (like enzymes, vitamins, and short-chain fatty acids) that play important roles in digestion, immune cell production, nervous system function, and multiple other aspects of the body’s health.

So Does Your Dog Need Probiotics, Prebiotics, or Postbiotics?

We know that probiotics, prebiotics, and postbiotics all have important roles to play in your dog’s digestion and overall wellness. But how do you know whether your dog is getting enough of all three? And if your dog is having distressing symptoms—like diarrhea, constipation, bloating, or itchy skin—or suffers from a chronic condition like inflammatory bowel disease (IBD), how do you know whether you should give them more probiotics, prebiotics, or postbiotics?

​​How to Assess Your Dog’s Gut Health

A Gut Health Test is the best way to find out the status of your dog’s microbiome. By analyzing a small sample of your dog’s poop, our scientists can identify all the different kinds of bacteria living in your dog’s gut, flag any imbalances that might be causing trouble, and let you know if any important bacterial groups are missing. The test includes a report with personalized recommendations for diet changes and supplementation, so you’ll know exactly how to improve your dog’s health and whether a pro-, pre-, or postbiotic supplement is right for your pet.

For example, too big a population of Prevotella bacteria in the gut is associated with unhealthy inflammation and probably means your dog’s diet is too high in carbohydrates. Transitioning to higher-protein foods and adding a prebiotic supplement (like inulin, MOS, or FOS) can help increase the numbers of other beneficial gut microbes, like Fusobacterium, and restore the kind of balance we see in healthy dogs.

Pet food producers are very aware of the benefits of probiotics for dogs. Maybe you’re already feeding a dry or canned food that claims to be rich in “healthy microflora” or to contain the “best probiotics for dogs.” That’s good, right? Unfortunately, no: unless they are  spore-forming bacteria (such as Bacillus coagulans), those probiotics are most likely dead and unable to do your dog much good.

Probiotic strains are difficult to incorporate into commercial pet food because they’re live organisms, and they typically don’t survive the processing that these products undergo. Both kibble and canned food are subjected to high temperatures, which kill most beneficial microorganisms. And adding a probiotic coating after processing doesn’t really solve the problem, because coatings don’t adhere evenly, and probiotics also don’t survive long storage.

So even if the label says a dog food contains probiotics, those beneficial microorganisms might not actually be alive, and probiotics have to be viable to be effective.

Postbiotics, on the other hand, are not living organisms: they’re just nutrients. They can be stored for a long time without losing their healthy properties, and they won’t compete with the resident microbes in your dog’s gut.

How to Improve Your Dog’s Diet

Since commercial dog foods aren’t a good source for most probiotics, supplements tend to be a better option. Among probiotic supplements for dogs, we often recommend Saccharomyces boulardii, which is actually a probiotic yeast. S. boulardii is especially helpful for diarrhea, and because it’s a yeast, it’s not killed by antibiotics, so it can be given during antibiotic treatment. S. boulardii is one of the main ingredients of Gut Maintenance Plus, which also contains prebiotics and is designed specifically to help with diarrhea caused by antibiotics or E. coli infection.

Including small amounts of fermented foods in your dog’s diet is a great way to add both probiotics and postbiotics. If your dog is lactose-intolerant—meaning that they don’t have enough of the enzyme needed to digest lactose (the form of sugar found in dairy products)—then unsalted sauerkraut or kimchi (as long as it’s not spicy) is a better choice than yogurt or kefir. (More on the power of fermented foods later.) And as always when you give your dog any kind of human food, be careful to avoid artificial sweeteners, which can be toxic to animals.

A New Postbiotic for Dogs

Our DoggyBiome™ ImmuneShield™ is a new postbiotic chew for dogs. The active ingredient is EpiCor® Fermentate, a postbiotic formulation based on another yeast, Saccharomyces cerevisiae. DoggyBiome ImmuneShield supports a dog's immune system, helps the body produce more immune cells, and reduces systemic inflammation. These tasty soft chews can help with uncomfortable skin issues as well as gastrointestinal symptoms.

In studies of dogs, EpiCor has also been shown to promote healthy immune response. One study in particular found that the S. cerevisiae fermentation product in EpiCor has “positive effects on gut health and immune function in dogs,” in part because it increases Bifidobacterium and decreases Fusobacterium. The study concluded that this product “may be used in dog food to improve gut health by shifting gut microbiota positively, elevating immune capacity, and decreasing inflammation.”

What’s So Special about Fermented Foods? 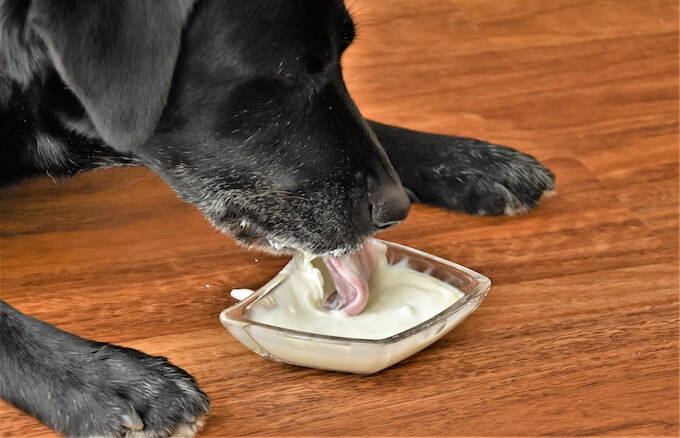 Bacteria “eat” prebiotics—and produce postbiotics—through fermentation, which is basically a metabolic process that extracts energy from carbohydrates. That means that fermented foods, like yogurt, kefir, sauerkraut, and kimchi, contain not only probiotics but also a lot of postbiotics. And it turns out that the postbiotics—the nutrients produced by the live microorganisms—may be the real reason fermented foods are so good for us.

Humans have been eating fermented foods for thousands of years, and we’ve known for a long time that these foods offer significant health benefits. Now, thanks to a recent study from Stanford University, we know a lot more about why fermented foods are so healthy. This study found two main health-promoting effects of a diet rich in fermented foods: increased gut microbiome diversity and decreased inflammation.

Good for Your Dog!

Thanks to all those amazing postbiotics, fermented foods can boost your dog’s health in multiple ways. Adding a little unflavored yogurt or unsalted sauerkraut to your dog’s diet is a great first step toward better digestion, a stronger immune system, healthier skin, and even a happier mood.

A postbiotic chew for dogs.

Relieve your cat or dog's diarrhea right away.